About
▾
Programme Projects Partners Supporters Reports
Events
News
Gallery
▾
Photos Videos
Grant Scheme
▾
About Grant Scheme How to Apply Projects Supported
Library
▾
Research Resources
Map Widget
Contacts
Media About Us
Enter the required details. You will get the code for the widget of the events map
which you can put on your website.
Widget Embed Code
News
Public Lecture in Yerevan by Emre Ozbek, a Partner at Istanbul Startup Angels
Armenia | Public Journalism Club

On May 11 a lecture on “Effective Investor-Startup Relations” was held at the Public Journalism Club (Saryan 30). The guest speaker for the event was Emre Ozbek from Turkey, a partner at Istanbul Startup Angels.

The event was organized as part of the third and final stage of the Technology Goes Beyond Borders Project (TGBB). TGBB participants, consultants, organizers attended the event, which was also open to everyone interested in the experiences of the neighboring country. Over 30 young entrepreneurs, students, technology experts, journalists also joined TGBB participants for Emre Ozbek’s lecture.

“You don’t get a chance to participate in such projects every now and then and I’m proud to be a part of it”, said Mr. Ozbek during his opening remarks, which was followed by a 1.5 hour lecture. Mr.Ozbek spoke about creating angel investor labs in the world and presented Turkey’s experience highlighting also those financial and legal factors that should be taken into account in the dealings between investors and startups.

Since the concept and the institute of angel investing is underdeveloped in Armenia, the participants had several questions to the speaker on issues ranging from the setup of angel investor networks  to information sources on venture capitals, to understanding who the real investor is so as not to deal with intermediaries.

In response Mr. Ozbek suggested a few hints, such as:

Remember the differences between angel investors and venture capitalists. The first are individuals that manage their own resources, while the second offer institutional investments.

Prepare you business for investments and know the potential investor.  You never know when you will meet a wealthy investor interested in your business idea. So, practice your pitch and have it ready for presentation.

Attract people with your story and your presentation, use examples and cases to convince investors.

Fully engage in your interactions with your investor, think of it as the main purpose of your partnership. Avoid any surprises.

Think globally. Even though Armenia’s population is 3 million and Turkey’s is around 80, it is still small as a market.

The lecture was life streamed on the PJC’s YouTube channel and the video is available here.

Emre Özbek is an angel investor and partner at Istanbul Startup Angels, mentor and advisor to startups following 20 years of corporate senior level experience. He advises PricewaterhouseCoopers and Vodafone in strategy, risk management and corporate governance; provides guidance and support for entrepreneurs and startup ventures in innovative business models and technologies. He is active in the ecosystem through his personal support at Endeavor, HABITAT, TUBITAK, Startup Bootcamp and Startup Weekend as mentorship and delivering trainings. Emre holds Advisory Board memberships at various startups; on crowd funding, bio plastics, smart energy management and social media management.

TGBB kicked off in February and was implemented in three stages. During the first-capacity building stage (23 February -23 March, 2015) the six teams from Armenia and Turkey received online mentorship from Armenian and Turkish experts, who also assessed their needs. The teams then came together at a four-day crash course in Armenia (March 26-29), which was followed by another round of online mentorship during which the teams reviewed and finalized their ideas and prepared for the pitching on May 12.

The project is funded by the U.S. Embassy in Armenia and European Union within the framework of the programme Support to the Armenia-Turkey Normalisation Process. It is implemented by the Microsoft Innovation Center and the Public Journalism Club. 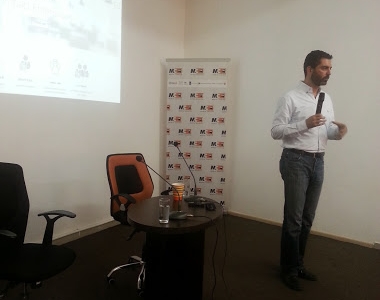 Videos
Being a Startup and an Entrepreneur: What does it Mean?
Tweet
Event Calendar 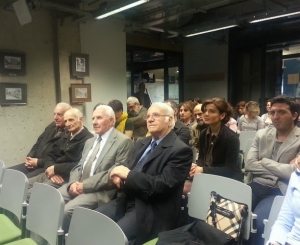 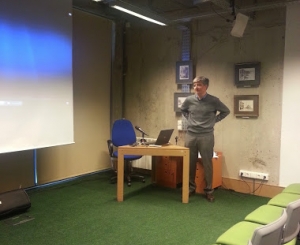 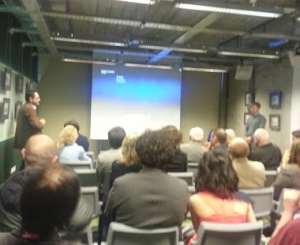 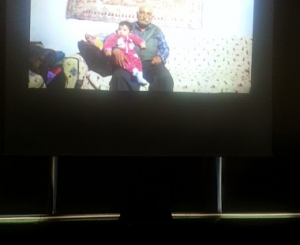