About
▾
Programme Projects Partners Supporters Reports
Events
News
Gallery
▾
Photos Videos
Grant Scheme
▾
About Grant Scheme How to Apply Projects Supported
Library
▾
Research Resources
Map Widget
Contacts
Media About Us
Enter the required details. You will get the code for the widget of the events map
which you can put on your website.
Widget Embed Code
News
Serdar Yılmaz' Master Class in Yerevan
Armenia | Anadolu Kültür, Public Journalism Club
Serdar Yilmaz, the mentor of the group of painters from Turkey participating in the “Exchange of Painters ” project, conducted a master class for the students of Panos Terlemezyan Art College on September 5th (14:00-15:30). Alongside with the participants of the project over 50 students of the college were present at the master class. The workshop opened by the presentation of the overall project and the welcoming speech by the Anna Mnatsakanyan, the college director.

The master class entitled “Designing a Film by Painting” intended to show the role of  painting  during film production- an approach used by the painter.

This workshop focused on production design including variety of episodes such as art directing to matter painting, from props to shooting while making reference to variety of visuals, movie trailers, design principles and history of movie making and production design principles from selected twenty or so movies which are either shot or contributed by Serdar. This meeting intended to demonstrate that a film design process is interrelated with sketching and painting in a close manner.

At the end of the presentation Serdar Yilmaz answered several questions from the audience.

Serdar Yilmaz ( Istanbul, 1973) is a graduate of Marmara University of Istanbul, Department of Fine Arts (MA, PhD). He is currently an associate professor and lecturer at the University’s Department of Fine Arts. Yilmaz is a renowned award-winning filmmaker.  His latest film  entitled “FriedChicken” was screened at international film festivals in Rotterdam and Brooklyn. Serdar received a number of awards in 2007 and 2009. As a successful painter, Yilmaz has had indivdual exhibitions as well, and his video installations have been shown at various galleries and museums in Turkey and internationally, including at the Rio Museum of Modern Art in Brazil.

Later on  September 5th at 17:00, the participants of the “Exchange of Painters” project had their first public open-air session near the Aznavour Square in Yerevan. The open-air session started with a mini master class by an Armenian artist Peto Poghosyan, who presented to the participants and to everyone interested his unique technique of painting urban landscape (cityskype). During this session the painter sketched Golden Tulip Hotel in the square, after which the participants were free to sketch in the central streets and squares of Yerevan.

This event followed the project participants’ visit to the Yerevan History Museum, the tour in the city, as well as visits to various districts and art centers of Yerevan throughout the five days of the project during which they had had a chance to interact with their colleagues, artists and residents of Yerevan.

The project was launched on September 1 and its activities will continue through September 7.

Culture is one of the possible tracks for promoting dialogue between the societies of Armenia and Turkey. More specifically, artistic activity can help an effective interchange since it does not need translation and mediation, and it transmits messages and creates bonds using the universal language of art. With this in mind the Public Journalism Club, in partnership with Anadolu Kültür, has launched the “Exchange of Painters” project focusing on the role of art in promoting Armenia-Turkey relations.

Photos
Motifs vs Themes vs Attitudes: Video Art from Armenia and Turkey 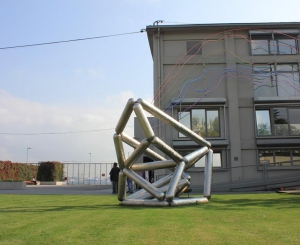 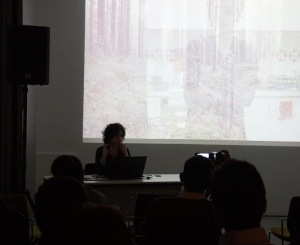 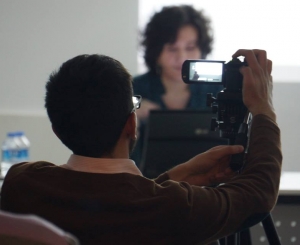 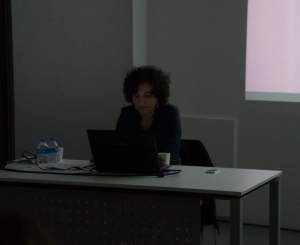 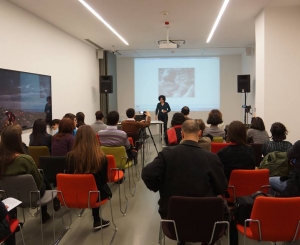 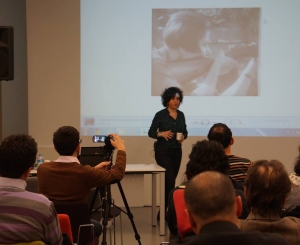