About
▾
Programme Projects Partners Supporters Reports
Events
News
Gallery
▾
Photos Videos
Grant Scheme
▾
About Grant Scheme How to Apply Projects Supported
Library
▾
Research Resources
Map Widget
Contacts
Media About Us
Enter the required details. You will get the code for the widget of the events map
which you can put on your website.
Widget Embed Code
News
Press Release: “Exchange of Painters” Project Kicks Off in Armenia
Armenia | Anadolu Kültür, Public Journalism Club
Yerevan, 29.08.2014: On September 1st, the Public Journalism Club will launch the “Exchange of Painters” project focusing on the role of art in promoting Armenia-Turkey relations. A group of four young artists led by mentor Gagik Charchyan from Armenia and a similar one from Turkey under the guidance of Serdar Yilmaz were selected via an open call to participate in the exchange.

The program in Armenia will start by an opening ceremony at Akanat Gallery-Café (September 1st at 17:00), which will also feature the launch of the exhibition of works by participating young painters.

During the first and second days of the program the participants will visit the Yerevan History Museum and have an architectural tour of the city thus getting to know the capital and preparing for on open-air session where they paint Yerevan and its residents. Trips to temple Garni, Geghard monastery and Gyumri, the second largest city of Armenia, are also included in the program.

Master Classes will be delivered by Armenian painters Arman Grigoryan and Karen Barseghyan, Art Lab Studio and Artist Vahram Aghasyan. Serdar Yelmiz will conduct a Master Class for the students of Panos Terlemezyan Art College on September 5th, at 14:00.

On the sixth day of the exchange, both groups will work on a selected wall in Yerevan using Street Art concepts and technologies to reflect their impressions and perceptions of their time together and the overall project. While officially this is the final event of the program, the participants will come together on the last day of the project for a reflection session summarizing the experiences of the 7-day visit to Armenia.

The first part of the exchange in Armenia will run through September 7th , to be followed by a visit of the group from Armenia to Turkey in late September. Each exchange will include interactive workshops, master classes as well as joint flash-mob style painting sessions in public spaces. Open-air studios will be set up in busy public spaces where the participating painters’ works will be observed by guests and passers-by. Exchange participants will visit art colleges and popular art exhibitions in Armenia and Turkey. During those visits discussions will be held on the trends and issues of contemporary art and the environment both in Armenia and Turkey.

The paintings produced during the outdoor studio-events will be placed in a 2015 calendar.

The project is launched on September 1 and its activities will continue through September 7.

Culture is one of the possible tracks for promoting dialogue between the societies of Armenia and Turkey. More specifically, artistic activity can help an effective interchange since it does not need translation and mediation, and it transmits messages and creates bonds using the universal language of art. With this in mind the Public Journalism Club, in partnership with Anadolu Kültür, has launched the “Exchange of Painters” project focusing on the role of art in promoting Armenia-Turkey relations.

Photos
Public Presentation of the Programme 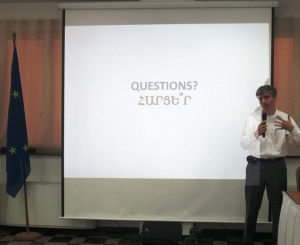 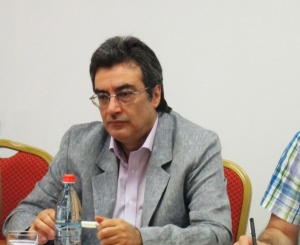 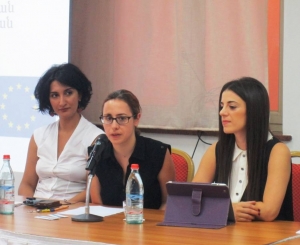