About
▾
Programme Projects Partners Supporters Reports
Events
News
Gallery
▾
Photos Videos
Grant Scheme
▾
About Grant Scheme How to Apply Projects Supported
Library
▾
Research Resources
Map Widget
Contacts
Media About Us
Enter the required details. You will get the code for the widget of the events map
which you can put on your website.
Widget Embed Code
Gallery » Videos
Increasing Understanding of Turkey
Hrant Dink. 10 years later

Agos Daily columnist, literary critic Sevan Deghirmenjian tells CivilNet about the Dink phenomena and the justice that hasn't been served for years

Turkey This week: What did Erdogan and Bedros Sirinoglu speak about?

On January 18 Turkish President Recep Tayyip Erdogan received Bedros Şirinoğlu, Chairman of the Board of Trustees of Holy Savior (Surp Prgich) Armenian Hospital in Istanbul and the Head of Armenian Foundations Union. Turkey urges the new US administration not to repeat past mistakes.

The word "Genocide" uttered by The People's Democratic Party MP Karo Palyan in the Turkish parliament has caused a major stir. The ruling Justice and Development Party MPs have demanded from Garo to withdraw his remarks and apologize.

Christian Turks. who are they
CivilNet's film crew, walking in Istanbul's Istiklal Avenue, met with a group of Christian Turks. They were distributing Gospels to passers.
Turkey. bloody start in 2017

Turkey in 2016. Military coup attempts and series of terrorist attacks

Head of the Turkic studies department of the Institute of Oriental Studies Vahram Ter-Matevosyan tells Civilnet about the events that took place in Turkey in 2016. Touching upon Armenia-Turkey relations, he believes that Armenia should try to take the initiative.

Turkey this week. More and more people behind bars

Possible hypothesis of Russian ambassador's murder
Taron Hovhannisyan, Turkic studies expert, speaks about the possible motives of the murder of the Russian ambassador in Ankara on December 19.
Terrorism in Turkey, again. Weekly Review

44 people died as a result of the December 10th bombings in Istanbul, 38 of which were policemen. Responsibility for the terror act was taken by the organization Freedom Falcons of Kurdistan. After that, more than 200 members of Turkey's pro-Kurdish Peoples' Democratic Party were arrested.

The Cumhuriyet newspaper journalist, author of the book about Hrant Dink's murder and the trial, of Kemal Goktaş was in Armenia. CivilNet talked to him about the arrest of Cumhuriyet employees, Turkey's political and economic situation after the military coup, about the Armenian-Turkish relations and Hrant Dink trial.

Turkey this week. from economy to Monte's search

The news that there is a monument dedicated to Monte Melkonyan, caused a stir in Turkish media.

Vacant seat of the Patriarch of Constantinople and Archbishop Aram. An unfinished story

Since 2008 the seat of Patriarch of Constantinople is vacant, the Vicar of the Patriarch is Archbishop Aram Ateshian. Investigating this issue, CivilNet film crew met with Aram Ateshian, his opponents, lawyers, as well as representatives of the community and raised a number of important issues.

From Muslims who helped Armenians to Turkey's economic situation

Burçin Gercek's book "Against the Current" was published in Turkey. The author brings together the stories of those Muslims (Kurds, Turks, etc.) who assisted Armenians during the years of Armenian Genocide or opposed government decisions.

Istanbul-based Agos Armenian newspaper editor Bagrat Estukian talks to CivilNet about the arrests of deputies of the Turkish Parliament’s pro-Kurdish Peoples Democratic Party. According to him, the PDP was the only real opposition in Turkey.

A Blow to the Kurds or democracy? Turkey this week

Pro-Kurdish People’s Democratic Party leadership's arrest has caused a scandal in Turkey and abroad its borders. The PDP, to which the Armenian MP Karo Pailan is a member of, has a stance on Armenian genocide which differs from other parties.

I am a right Armenian. Archbishop Aram Ateshian

Archbishop Aram Ateshian, General Vicar (Acting Patriarch) of the Armenian Patriarch of Constantinople speaks to CivilNet about the conduct of elections for Patriarch, the letter to Turkish President Recep Tayyip Erdogan after the recognition of the Armenian Genocide by Germany, the accusations made against him and his activities in general.

Hrach Chilingirian. Should the Turkish community get isolated or continue struggling?

Lecturer of the Department of Oriental Studies at Oxford University Hrach Chilingirian tells  Civilnet about the current state of the Armenian community in Turkey, the ideological currents, islamized Armenians and related topics.

At 62nd session of the NATO Parliamentary Assembly Armenian delegates directed a number of questions to the members of the Turkish Government.

My struggle is not only for Armenians. Garo Paylan

In an interview with CivilNet, Turkey's Armenian member of parliament Karo Pailan represents  of the pro-Kurdish People’s Democratic Party and the reasons behind the Party’s position on the Armenian Genocide. Pailan also tells  why he filed a lawsuit against Turkey's President Recep Tayyip Erdogan.

From Putin-Erdogan meeting to Akcam's new book. Turkey this week

Presidents of Azerbaijan and Russia are in Turkey. Turkish historian Taner Akcam published a new book on the Armenian Genocide. 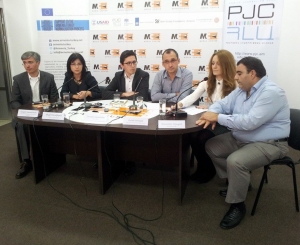 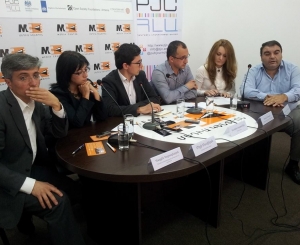 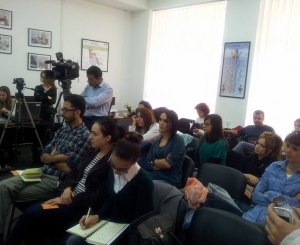 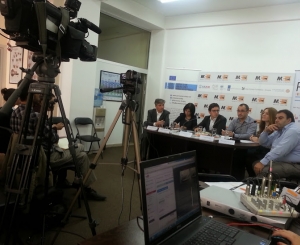 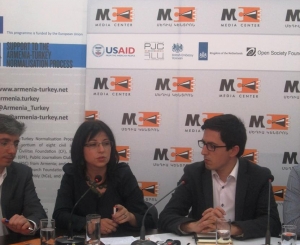 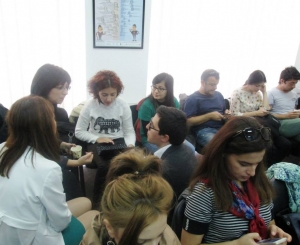 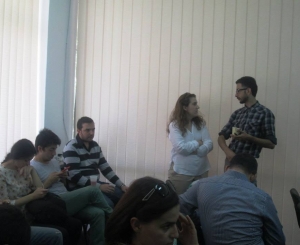 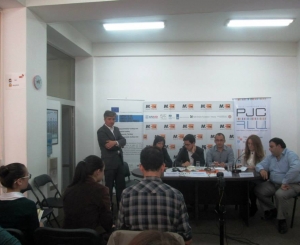