About
▾
Programme Projects Partners Supporters Reports
Events
News
Gallery
▾
Photos Videos
Grant Scheme
▾
About Grant Scheme How to Apply Projects Supported
Library
▾
Research Resources
Map Widget
Contacts
Media About Us
Enter the required details. You will get the code for the widget of the events map
which you can put on your website.
Widget Embed Code
Grant Scheme » Projects Supported
Versus Studio. Armenia and Turkey: Closed Border Dialogue
The documentary project aims to contribute to the normalisation process through increasing the awareness of the two societies about past and current dialogue initiatives between the two neighbouring countries.

The grantee, Versus Studio, will produce a documentary on the political, economic and cultural initiatives between Armenia and Turkey since 1991.

The documentary will include different stages of Armenia-Turkey relations including the initial engagement between the newly independent Armenia and Turkey in 1991-1992 to closing of Armenia-Turkey border in 1993, the appearance of the Armenian Genocide issue in Armenia’s foreign policy agenda in 1998-2008, the works of the Turkish-Armenian Reconciliation Commission in 2001-2004, Hrant Dink’s assassination in 2007, and the Armenia-Turkey protocols and “football” diplomacy in 2008-2010.

The documentary will also present the Armenian-Turkish contacts at different international platforms including the UN, Council of Europe, BSEC, and others. The grantee plans to secure a wide publicity for the documentary, in particular, by including it into the programme of the Golden Apricot International Film Festival in Armenia in July 2015. Overall, the project will help the societies of Armenia and Turkey to better understand the scope of the normalisation efforts undertaken since early 1990s, and think about more effective future initiatives that could contribute to the full-fledged normalisation. 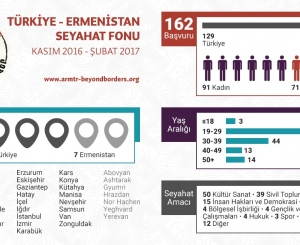 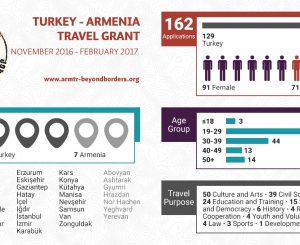 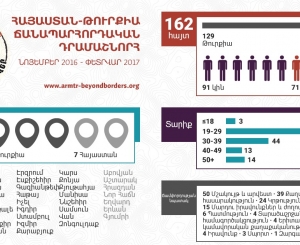