“A Blurry Pastel Painting” is a short fiction film project, which tells a story of an Armenian mother that makes her little daughter memorize the Islamic confession of faith; so she secures the survival of her little daughter who was captured in a secret compartment by soldiersin 1915.

“On The Steps of Tchouhadjian”, a project by Mesut Tufan and Ara Shirinian, received a special mention of the jury. This is a documentary project about the forgotten treasures of Turkish and Armenian common cultural history.

ATCP Project Development Workshop was held in Yerevan on 14-16 July, in the framework of Golden Apricot International Film Festival. 10 projects, five from Turkey and five from Armenia, were selected to participate in the workshop.

The opening ceremony took place on July 14th and hosted guests and speakers both from the festival and from supporting organizations, including Violeta Talandis, acting public affairs officer at US Embassy.

During the next two days the participants were pitching their projects and discussing it with jury members individually to get a more in-depth feedback.

Armenia Turkey Cinema Platform (ATCP) began in 2008 as a cooperation between the non-profit company Anadolu Kültür (Turkey) and the Golden Apricot Yerevan International Film Festival (Armenia). It is a common network for the filmmakers of both countries for cooperation and making films together. ATCP has supported the production of 15 films by filmmakers from Armenia and Turkey since it was established.

ATCP 2014 Yerevan workshop takes place within the framework of the Support to the Armenia-Normalisation Process programme, funded by the European Union.

ATCP 2014 Yerevan project is co-funded through a grant from the U.S. Embassy in Armenia. 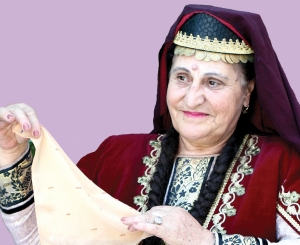